It was the perfect place to disappear…

One sultry summer, Maureen Haddaway arrives in the wealthy town of Opal Beach to start her life anew—to achieve her destiny. There, she finds herself lured by the promise of friendship, love, starry skies, and wild parties. But Maureen’s new life just might be too good to be true, and before the summer is up, she vanishes.

Decades later, when Allison Simpson is offered the opportunity to house-sit in Opal Beach during the off-season, it seems like the perfect chance to begin fresh after a messy divorce. But when she becomes drawn into the mysterious disappearance of a girl thirty years before, Allison realizes the gorgeous homes of Opal Beach hide dark secrets. And the truth of that long-ago summer is not even the most shocking part of all…

This book follows two timelines- Maureen in 1985 and Allison in present time. Maureen went to  Opal beach to start a new life, but before the summer is over, she vanishes. Decades later Alison is offered to house-sit in Opal beach and after a divorce she finds it a great idea. The more time she spends in Opal beach, the more she starts to put together the pieces what happened to Maureen decades ago.

It was a good thriller, it kept my interest from starting the book until finishing it. It wasn’t very fast paced book, but it was very atmospheric and parts of the book  gave an eerie feeling while reading. It was an excellent read; the story had a good conclusion with interesting twists towards the end.

WWW Wednesday is a weekly meme hosted by Sam @Taking On A World Of Words, where you have to answer these questions:

I’m reading Second Chance in Stonecreek by Michelle Major and Death by Pumpkin Spice by Alex Erickson. Second Chance in Stonecreek is the second book in the triology,  thus I’m interested how the story progresses in this book and to find out the conclusion to the series. Death by Pumpkin Spice is third book in the series and it’s fun to be back with the characters from the previous books.

I think next I will pick up all or some of these books: Her Secret Christmas Agent by Geri Krotow, Not Just the Girl Next Door by Stacy Connelly and  The Military Wife by Laura Trentham. As always with a batch of news books to read, it’s exciting.

An unlikely pair teams up to investigate a brutal murder in a haunting thriller that walks the line between reality and impossibility.

When small-town police officers discover the grave of a young boy, they’re quick to pin the crime on a convicted criminal who lives nearby. But when it comes to murder, Officer Susan Marlan never trusts a simple explanation, so she’s just getting started.

Meanwhile, college professor Eric Evans hallucinates a young boy in overalls: a symptom of his schizophrenia—or so he thinks. But when more bodies turn up, Eric has more visions, and they mirror details of the murder case. As the investigation continues, the police stick with their original conclusion, but Susan’s instincts tell her something is off. The higher-ups keep stonewalling her, and the FBI’s closing in.

Desperate for answers, Susan goes rogue and turns to Eric for help. Together they take an unorthodox approach to the case as the evidence keeps getting stranger. With Eric’s hallucinations intensifying and the body count rising, can the pair separate truth from illusion long enough to catch a monster?

There are two main characters- an officer Susan and a college professor Eric. Susan discovers a grave of a young boy and this case is pinned on a convicted criminal, but when more bodies emerge, things get more intense. Eric has schizophrenia, so when he starts to hallucinate a young boy, he things it’s due to schizophrenia, but soon he realizes it’s actually something else. Susan and Eric are a great team that work together to solve this mysterious case.

I really liked the beginning of the book and the ending of the book, the middle part dragged a little in my opinion. Maybe because I haven’t read a lot of thrillers it seemed a unique plot with one of the main character having schizophrenia and helping to solve the case, but I thought it was really interesting and new. I thought the beginning and the ending were the most suspenseful, the ending took  nice twists and turns. Overall I enjoyed it and would definitely read the next book.

Title: The Widow Next Door

A beautiful house. A new beginning. The almost perfect neighbours…

When newlyweds Jane and Alex Clarke move into an idyllic house on the quaint Bristol Lane, they are excited for a new beginning in what will be their ‘forever home’.

And when an elderly neighbour welcomes them, she soon becomes a friend. But she grows a little too interested in the couple next door as she sits watching them, day in, day out, from the rocking chair in her window.

Alex says it will be fine. After all, she’s a lonely widow who just wants some company. But when she invites Jane into her home, who knows what she’ll find there…

Newlyweds Alex and Jane move to an idyllic house on Briston Lane. They are excited about their new home and an elderly neighbor seems to be very welcoming, but she seems to watch them from the rocking chair every day. Alex doesn’t find it disturbing, is he right?

I was really excited to read this book, the premise sounded so interesting and very suspenseful. Unfortunately I didn’t finish the book, because it didn’t grab my attention, it was very slow paced. It was mostly filled with an elderly woman’s day to day life and I didn’t see the character development to compensate the lacking of suspense I expected. Because it’s a decut novel, I want to try the author’s next book to see whether I’d like that one better.

Since Savvy was abandoned by her rockstar mother, she has craved a normal life. But after years of financing her boyfriend’s lacklustre career, he leaves her when he hits the bigtime.

Savvy’s friends at the burlesque club where she serves elaborate cocktails encourage her to make bold changes in her life. She soon meets handsome bartender Milo, and begins to plan a future she can be excited about.

But when Savvy’s estranged mother crashes back into her life, her newfound happiness is under threat… will Savvy have the courage to pursue her dreams?

Savvy works at a burlesque club as a bartender and she’s just been dumped by her boyfriend because he  found somebody else. Savvy’s life hasn’t been the easiest, her rockstar mother left her when she was a child and she was raised by her aunt. The break up from her boyfriend did actually good for her, because it made her come out of her comfort zone, she wants to take risks and try new things. She decides to take a chance and flirt with another bartender. While dealing with all that, her estranged mother crashes back into her life.

I enjoyed the setting at burlesque club, it was such a unique idea. The characters were lovely and the writing flowed well. I liked the idea of going after your dreams and making them true, being in a comfort zone is comfortable, but doesn’t offer as much possibilities. All in all I quite enjoyed the book.

Find love, friendship and prosecco – in the magical city of Venice

Life is tough for Penny. A dead end job in a London café, a boyfriend in Australia (what could go wrong?) and an art career going nowhere. But then Penny is approached with an extraordinary proposition.

It isn’t going to be easy but, if she can pull it off, she will turn her life around and at long last see the fulfilment of her dream – to visit Venice. And, just maybe, find true happiness with the handsome man of her dreams.

But can dreams come true?

Penny is a waitress, who hopes to put her artwork in a gallery and she also dreams about visiting Venice. Her life changes from the moment she rescues a little child at the train station and  due to the media coverage a woman calles Caroline approches her with a proposal she eventually agrees to.

The book opened with such an intense scene that it took me by surprise, in a good way, however the whole book didn’t work that well for me unfortunately. I didn’t feel the story line and didn’t really like the main character. I did like how the author described Venice, it really makes you want to visit it. Overall it was an average book, but looking at the reviews it seems that most of the  people really enjoyed it, so it might have been just me who had issues with the book. 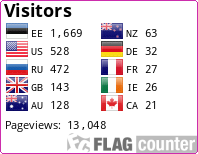